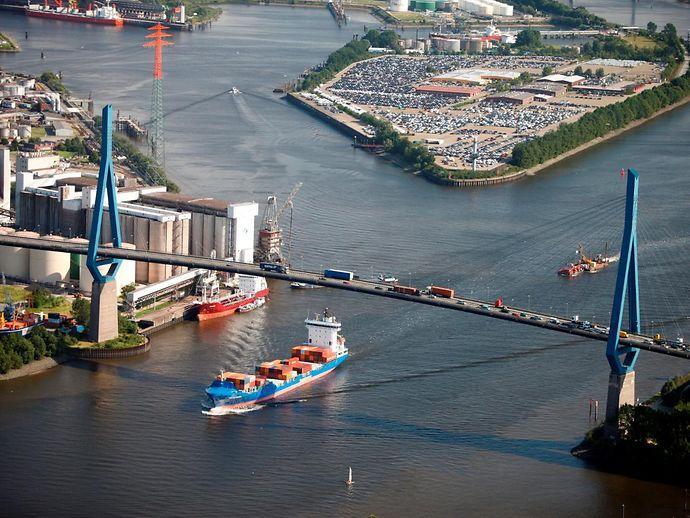 The Hamburg metropolitan region is the centre of Germany’s North. It comprises the Free and Hanseatic City of Hamburg and seventeen districts, Lübeck, Schwerin and Neumünster of the adjoining federal states Lower Saxony, Schleswig-Holstein and Mecklenburg-Western Pomerania, and has a total population of approximately 5,2 million.

Hamburg is one of the world’s most liveable cities, rankings by Mercer and The Economist confirm. 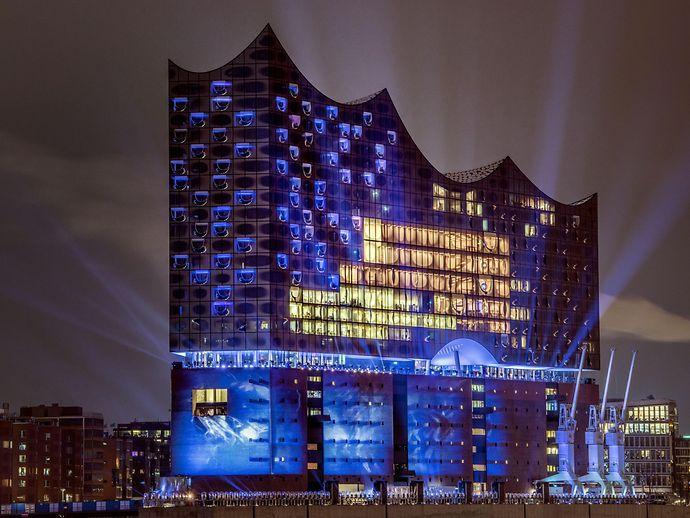 Each of its 104 neighbourhoods is a gem – from the city’s new waterfront precinct HafenCity Hamburg and historic residential areas to trendy Schanzenviertel, Karoviertel, and St. Georg, Hamburg’s hotspots of creativity and district culture. Its beautiful city centre lures shoppers with international top labels. Local design and fashion is at home in the trendy neighbourhoods of Eimsbüttel, Eppendorf, and Altona. World cuisine and local lore, celebrity chefs and food trucks provide gastronomic diversity and delight.

Hamburg is a City of Culture

As a city of culture, Hamburg is unique and diverse at the same time. The Hamburg State Opera is not only known for highly acclaimed productions but is also the home of the Hamburg Ballett by John Neumeier. In September 2015, Kent Nagano took up office as General Music Director of the Hamburg State Opera and Philharmonic Orchestra. The "Laeiszhalle – Musikhalle Hamburg" is a world-class concert hall. In theatre, Hamburg boasts Germany’s most highly awarded stages: Thalia Theater and Deutsches Schauspielhaus, also Germany’s largest playhouse.

The International Music Festival Hamburg and Reeperbahn Festival are cultural events with international appeal. In Hamburg’s new waterfront district HafenCity, culture is given a prominent landmark, with the Elbphilharmonie atop the former port warehouse Kaispeicher A. In early 2017, the impressive concert hall of international appeal was officially inaugurated – the new hallmark of Hamburg, shining brightly high above the city.

Hamburg - also a city of sports

Hamburg is also a city of sports, with top athletes and teams competing each year in front of cheering crowds. Also in grass root sports, Hamburg is simply unbeatable: three out of ten inhabitants are members of one of the almost 800 sports clubs and use modern sports venues, parks, lakes and river to keep fit by running, cycling or all forms of watersports. It is these special qualities, together with the maritime atmosphere and its proximity to the North Sea and the Baltic Sea that make Hamburg a jewel among international cities.

With the globalisation of commodity flows, companies are increasingly competitive and must answer to the continuously growing requirements of their customers – a demand impossible to meet without perfect logistics.

Thanks to its geographical location and easy accessibility by water, road, rail and air, Hamburg is an outstanding hub of logistics in world trade and the most important logistics location in Northern Europe. The Elbe city is the most eastern port of the North Sea, making it the ideal harbour for Eastern Europe. As a global hub serving overseas countries, Central and Eastern Europe, and the entire Baltic Sea region, Hamburg benefits from its central position at the confluence of the global trade handled by European logistics. 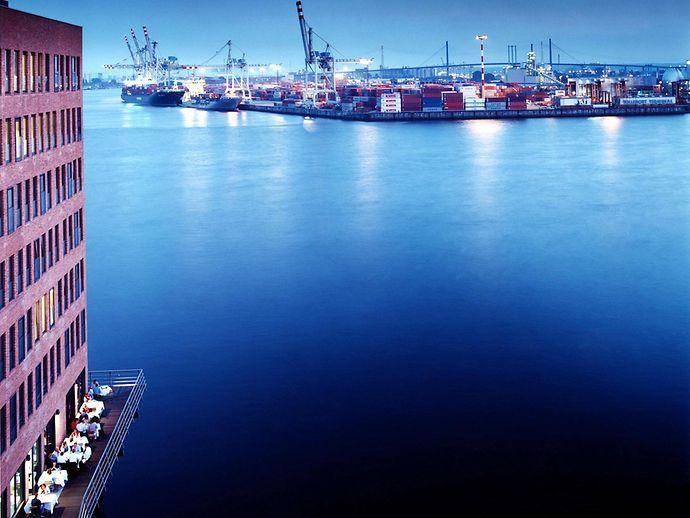 The Port of Hamburg is therefore of great importance for the supply of the European single market with 500 million consumers. Sustainable efficiency is thus a key objective in the port securing its future and has already become a reality, with "smartPORT logistics" offering intelligent solutions in traffic and goods. Meeting both economic and ecological demands, it focuses on three aspects, i.e. infrastructure, traffic, and goods flows.

The Hanseatic city is one of the most dynamic cities in the European Union. It attracts companies, institutions and professionals from all over the world.

Since the port has been established more than 1,000 years ago, cosmopolitanism, tolerance and hospitality have been continuously developed in Hamburg. When the emerging commercial centre joined the merchants’ Hanseatic League in the 14th century, Hamburg became the economic centre of the North Sea and Baltic Sea region. Hamburg turned into a true global player and cosmopolitan city. Since then, the "Gateway to the World“ has kept its gates always open in both directions – out into the world, and open to the world coming to Hamburg. 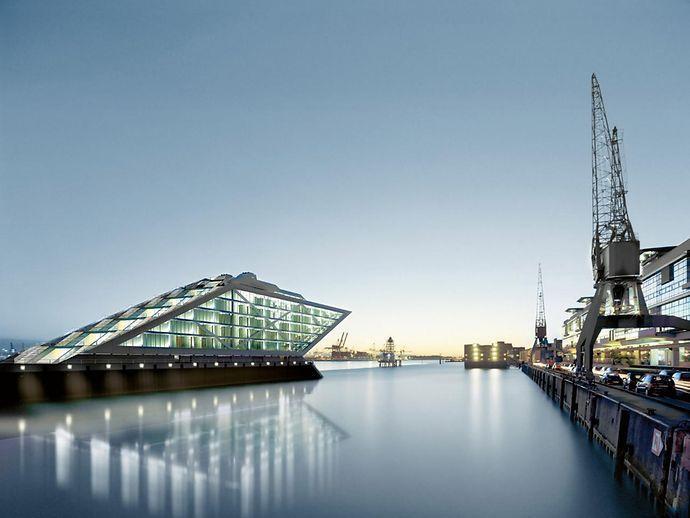 Today, the Hanseatic city is one of the most dynamic cities in the European Union. It attracts companies, institutions and professionals from all over the world. Some 250,000 citizens from 185 nations have made Hamburg their new home and are currently working on the banks of the Alster and Elbe rivers. More than 100 consular missions represent their interests.

More than 550 companies from China, 100 from Japan, and 50 from Taiwan make Hamburg the German location with the largest Asia competence. Also, companies from Central and Eastern Europe, Scandinavia, the UK and the United States steer their activities in the D-A-CH market and Northern Europe from Hamburg.

The Hamburg Metropolitan Region is one of the most competitive areas in Germany and Europe. Located between North Sea and Baltic Sea, with the Elbe river as a lifeline and the city-state of Hamburg in its heart, the Metropolitan Region Hamburg is a highly attractive for international and national companies, combining economic dynamism with a high quality of life.

Export-oriented companies benefit from the broad performance profile of the Port of Hamburg, the ports of the lower Elbe river such as Cuxhaven, Brunsbüttel, Glückstadt, Stade, and the inland ports of Lüneburg and Uelzen.

The planned fixed tie across the Fehmarn Belt will link the Hamburg Metropolitan Region even closer to Scandinavia. The Fehmarn Belt tunnel ensures faster connection, higher capacity, greater flexibility, and improved security of supply between Scandinavia and Central Europe. It allows companies to save time and money, and thus to increase productivity and competitiveness. In addition, new customers and suppliers can be obtained in the extended catchment area of the tunnel. Thus, the Fehmarnbelt tunnel is more than a fast, strong link between Denmark and Germany. It is the backbone of development in a unified economic region in northern Europe.

While regional companies directly benefit from improved infrastructure, also incentives for new businesses will arise the region. As a rule, companies move to places where market opportunities are best in order to minimise, inter alia, their transportation cost.

Ideas are worth money in Hamburg. A strong and diversified economic structure and a vibrant start-up ecosystem provide a good basis for successfully implementing ideas. 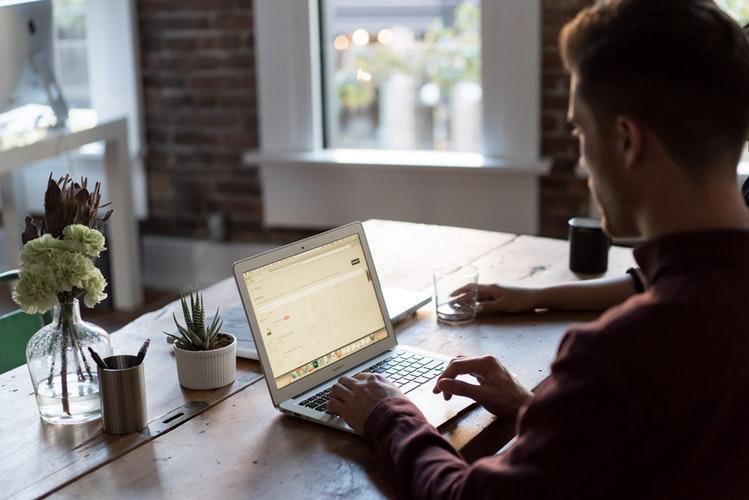 Hamburg has overtaken Berlin as Germany’s leading location for nascent entrepreneurs. For each 10,000 economically active persons, an average of 253 persons started up a business in Hamburg between 2014 and 2016 (+7 compared to 2013–2015). In the ranking of Germany’s federal states, Berlin comes second with 238 new entrepreneurs, followed by Hesse with 182. Figures are based on the findings of the KfW Start-up Monitor 2017.

Hamburg is the academic home to approx. 96,300 students, pursuing studies at 19 state-accredited public or private universities, and further universities in the Hamburg metro region. 10,700 students come from abroad, with figures rising. 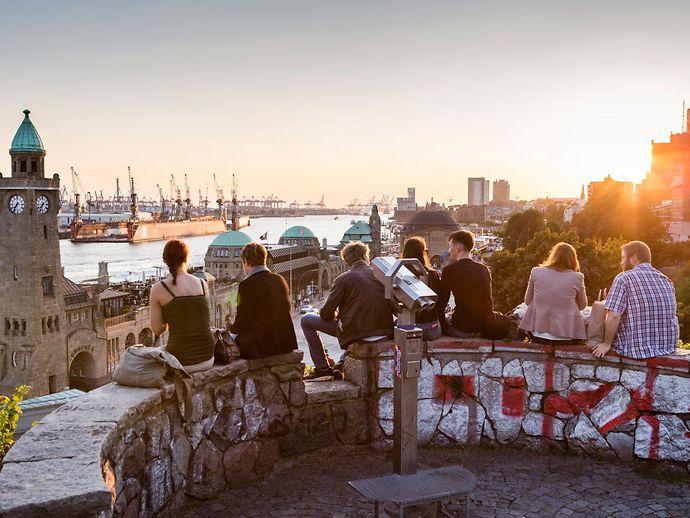 Also in research, Hamburg is an outstanding catalyst for innovation. Internationally renowned institutions of the Helmholtz Association like the German Electron Synchrotron DESY have been resident in Hamburg for a long time. DESY’s accelerator and detection instruments produce the strongest X-ray light of the world, pack particles with record energies, and open up a completely new window into the universe. Each year, more than 3,000 scientists from 60 nations come to DESY to study the structure and function of matter – from the interplay of smallest elementary particles to the behaviour of novel nanomaterials and vital biomolecules. In order to promote new technologies and innovation, DESY co-operates with industry and business, networks in national and international collaborations, and is a key partner of the international scientific campus Hamburg-Bahrenfeld.

Unique in the world is the concept of the CHYN. In an interdisciplinary approach, scientists from physics, chemistry, biology and medicine are jointly pursuing research on nanostructures. This research provides an immense potential for applications in medicine and biology. For example, the smallest bioelectronic implants could in future replace destroyed sensory cells and help people to see, hear, or move arms or legs again.