The World Bank ranked Denmark the easiest place to do business in Europe in 2012-2017.

Denmark's company tax rate is 22%, which is below the average OECD and European level.

Greater Copenhagen offers the most flexible hiring and firing legislation in Europe, providing ideal conditions for up-scaling and down-scaling.

Danish social security rates and employer costs are the lowest in Europe. Copenhagen is 15-20% cheaper than Stockholm in terms of salary, social security costs and office rent when comparing the total costs of a business operation such as a Scandinavian headquarters or shared services center.

Greater Copenhagen has Scandinavia’s largest recruitment base of highly-skilled employees, as well as Scandinavia’s biggest pool of private and public sector researchers.

6. The logistics capital of Scandinavia

Copenhagen links continental Europe, Scandinavia and the Baltic countries, providing access to a market of 100 million consumers, as well as Scandinavia’s highest density of businesses and population. The Copenhagen Airport was declared the best airport in Northern Europe at the World Airport Awards 2015 and has the most intercontinental, European, Scandinavian and Baltic connections of all the Scandinavian airports.

Denmark consistently achieves top rankings in Transparency International’s study of perceived corruption in public sectors worldwide. The Danish public sector is known for its low level of bureaucracy and red tape, as well as for easy interaction with public authorities.

8. The world's most liveable city

Copenhagen was awarded the World’s Most Liveable City Award 2013 and 2014 by the international magazine Monocle.

With 12,000 researchers, 15 science parks and 14 universities and other colleges of higher education with top rankings for university-industry cooperation, Greater Copenhagen offers Scandinavia’s most knowledge-rich research and business environment.

10. Best for tests and demonstrations

Denmark is known worldwide for its high-quality, ground-breaking research and development, and is valued as a leading test market for ICT, cleantech, smart grid and smart city solutions.

Copenhagen is Scandinavia’s most cost-efficient capital for a Nordic headquarters and business expansion to Northern Europe, according to 2016 fDi Benchmark, Financial Times.

Business operating costs are lower in Copenhagen than in the other Nordic capitals, Stockholm, Oslo and Helsinki.

Costs of operating a business are lower in Copenhagen

Copenhagen is 15-20% cheaper than Stockholm in terms of total costs of operating a Scandinavian headquarters or a shared services centre for IT, HR, R&D, supply chain, finance or customer support*.

With the highly advanced Scandinavian welfare model at its core, Greater Copenhagen is investing billions of euros into new hospitals and healthcare technology to sustain the highest level of welfare for an ageing population.

In aiming to become the first carbon-neutral capital by 2025, Copenhagen is a frontrunner in green transformation, renewable energy, upcycling and recycling, green mobility and smart city solutions. 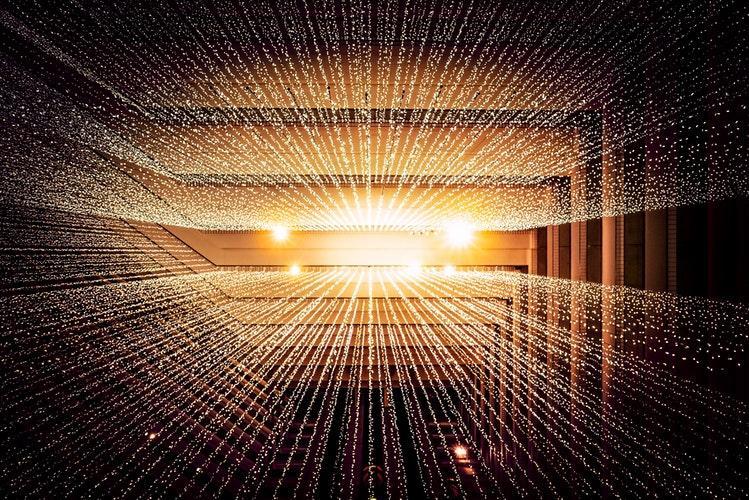 Denmark is one of the most digitised and innovative countries in Europe. Our bustling, creative startup scene has fostered some of the world’s most successful tech companies and disruptive startups within AI, big data, blockchain, health tech and IoT.

Denmark is home to 22% of the scaleups in the Nordics – and together the Nordic countries have almost 6 times as many scaleups as the average country in continental Europe, and 9 times more than in Southern Europe.

Denmark’s progressive focus on digitising the public sector, the high IT adaption in businesses, and generous support schemes for entrepreneurs have created a vibrant tech startup community in Greater Copenhagen.

It has fostered global success companies such as Skype, Unity, Trustpilot, Podio, JustEat, Momondo and Milestones, and the next generation of startups is more than ready to challenge their supremacy.

See how we can help you hook up with Greater Copenhagen’s startups.

Denmark is a strong and historically stable economy, located at the centre of prosperous Scandinavia. Greater Copenhagen is the largest market in Scandinavia, offering competitive taxation and labour costs and highly skilled employees.

Denmark is located in Europe’s most prosperous region from which trade with the Nordic countries, Western and Central Europe as well as the expanding economies of Eastern Europe is easy. Greater Copenhagen is the largest market in Scandinavia, providing access to 100 million affluent consumers in Northern Europe within 24 hours.

The Danish economy is rated AAA by all major agencies including Standard & Poor’s, Moody’s and Fitch.

Companies investing in Denmark do not only profit from an attractive macroeconomic climate, but also from competitive conditions in relation to taxation. Denmark offers a number of tax advantages and favourable rules on depreciation as well as in relation to research and development (R&D) activities.

Uniquely among the Nordic countries, Denmark has no double taxation for Danish companies with branches abroad.

Competitive labour costs and high productivity levels make the Danish workforce one of the most efficient in Europe.

Employees in Denmark are highly skilled and flexible owing to free access to education, a long tradition of active labour market policies and a well-developed adult learning system.

Employer costs are highly competitive in Greater Copenhagen. Salary levels for researchers and other highly skilled employees such as engineers and R&D team leaders are lower than in other major cities in Northern Europe such as Berlin, Hamburg, Amsterdam and Stockholm.

Denmark offers the world’s lowest employer costs with employers paying less than one percent (maximum 1,350 Euro) per employee per year in social contributions.

This is owing to the fact that healthcare and social welfare benefits are financed by the Danish State and that most pension schemes in Denmark are private rather than public. 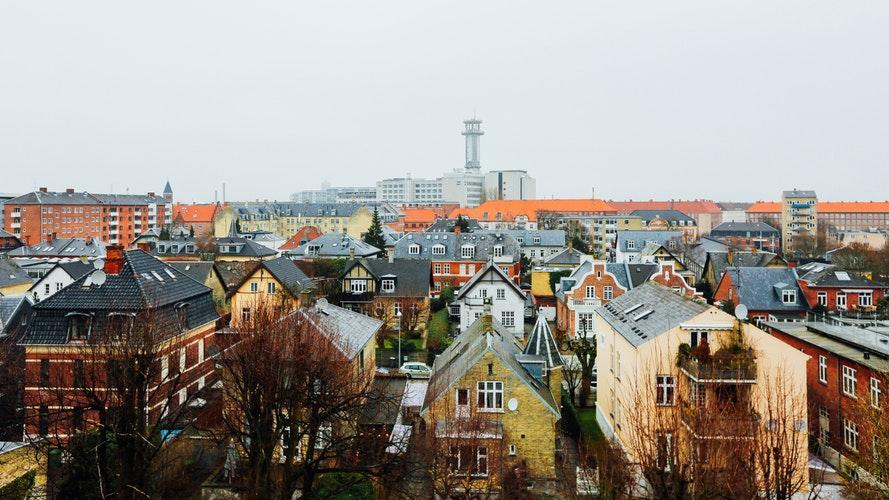 Denmark is rated AAA by all major agencies including Standard & Poor’s, Moody’s and Fitch as the Danish economy has performed well before, during and after the global financial crisis. Denmark’s national debt is low, and the development of the Danish economy is significantly less volatile over time than most other European economies.

Denmark is the European country with the lowest borrowing costs for the first 60% of the property value, owing to the country’s unique mortgage system. The current annual interest payment is 0.8-1.5% in comparison to 1.5-2.5% in many other countries in Europe.

Greater Copenhagen offers several new large urban development areas, many of them near the city centre. The areas include former commercial harbours and industrial areas which are being transformed into attractive residential areas with schools, day care institutions, and sports and leisure facilities as well as modern office buildings. Many of the urban development areas will be climate-friendly city districts.

In Greater Copenhagen you will experience labour market flexibility that is second to none. Combining flexibility and security, Denmark's flexicurity model gives your company Europe’s best up and down-scaling conditions so you can adapt to market changes quickly and efficiently.

The lowest employer costs in the EU

Denmark offers the most competitive salary levels in the EU. This is due to the fact that additional employer costs including social security contributions, pension schemes, healthcare insurance and holiday pay are lower in Denmark compared to other European countries.

The Danes are one of the most productive and hardworking workforces in Europe, across industries.

This is very much owing to the Danish job mentality and work culture where employees experience a high degree of autonomy and empowerment at work, resulting in highly motivated, conscientious employees with a high degree of job satisfaction.

Denmark moreover has a strong tradition for lifelong learning. The workforce is constantly upgraded to meet the changing needs of the labour market, as most Danes engage in supplementary education and training to improve their skills.

Denmark is an old trading and maritime nation, and the Danes speak many languages.

Almost nine out of ten Danes speak English, and the Danes repeatedly score top positions in global language skills surveys such as the EF English Proficiency Index and the IMD World Talent Report.

In contrast to many other European countries, no restrictions apply in Denmark regarding night and weekend work, which means that companies are allowed to operate 24 hours a day, 365 days a year. 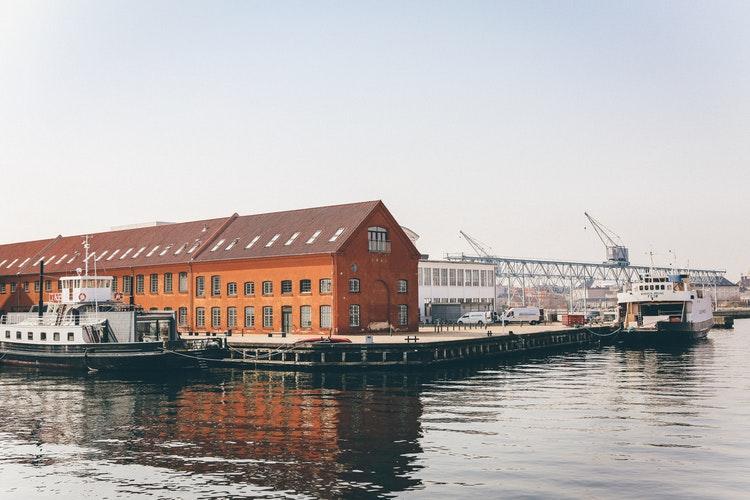 Greater Copenhagen is the gateway to Scandinavia, Europe and the Baltics. Excellent infrastructure for transport by road, air, rail and sea provides access to 100 million consumers in 24 hours.

With a distribution centre in Greater Copenhagen, you can reach the Northern European market of 100 million consumers within 24 hours. This is why major logistics providers such as DHL Express, UPS, TNT, PostNord and FedEx all use Greater Copenhagen as their logistics hub.

Copenhagen Airport, situated just 8 km and 15 minutes by train from Copenhagen city centre, has the most intercontinental, European, Scandinavian & Baltic connections of all the Scandinavian airports. It is also the largest cargo airport in Northern Europe with direct flights to 31 cargo destinations.

The airport vicinity has the easiest access to road, rail and sea connections of all airports in Europe. In 2015, Copenhagen Airport was voted best airport in Northern Europe and second best in the world for airport security.

The second largest port in Scandinavia

Northern Europe represents a significant market for industrial and consumer goods. Copenhagen Malmö Port represents one of the most sophisticated, competitive and environmental-friendly logistic centres in Europe

In 2024, the new Fehmarnbelt Fixed Link will connect Greater Copenhagen with mainland Europe, reducing travel time between Denmark and Hamburg in Germany by one hour.

The Fehmarnbelt tunnel will be 18 km long, making the construction one of Europe's biggest infrastructure projects.  At a speed of 110 km per hour, motorists will get from one end of the tunnel to the other in only around 10 minutes.